This amber buddha is all smiles!  This amber,  found in Jambi, on the east coast of central Sumatra , is a young amber,  typically falling in the 20-30 million year age range. It does not often have clear inclusions, and very few insects are found as compared to other ambers. 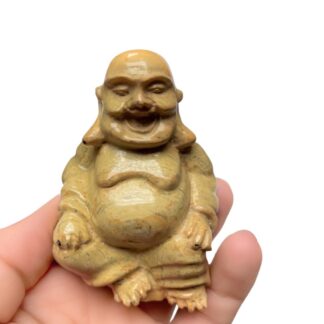