Revered by ancient sun worshippers for its golden radiance, amber is a fossilized resin that flowed from prehistoric trees. While the oldest amber dates back 320 million years (discovered in 2009 in an Illinois coal mine), the vast majority of amber is much younger (90 to 20 million years old). It often has fossil inclusions of materials that were trapped when the amber was fluid, usually plant matter, but occasionally, perfectly preserved insects. Amber has strong static electrical properties and emits a pleasant pine scent when burned. Throughout history, amber has been a symbol of courage and immortality, and inspired the fabled drink of the immortals, “ambrosia”. Much folklore exists around its “powers” through the ages. Before modern medicine, amber was commonly worn as a necklace or charm, or carried in small pouches, as a remedy against gout, rheumatism, sore throats, toothaches, and stomachaches. Some even believed it had magical powers to ward off witches! 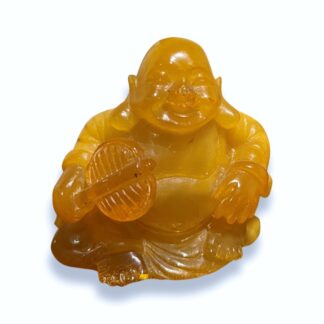