An amethyst stalactite slice (Uruguay) above a dazzling, dangling quartz crystal (Brazil) compliment each other perfectly in this fabulous, fun, one of a kind pendant! Set in sterling silver.  Handmade in Indonesia. 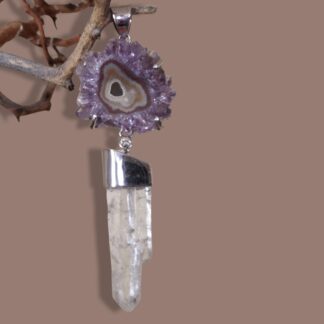