This Uruguayan Quartz Stalactite Slice has been paired with a Russian dendritic agate cabochon to achieve perfect pendant perfection!  This one of a kind beauty is set in a sterling silver prong/ bezel setting.  From our very own Geoclassics jewelry line! 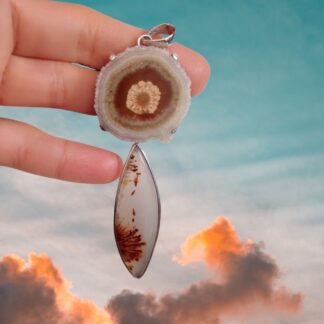