This Uruguayan quartz/amethyst stalactite slice (with a smoky quartz / chalcedony center) has been hand picked to become this one-of-a-kind, sterling silver prong pendant.  From our very own Geoclassics jewelry line!  This beauty looks like a flower! 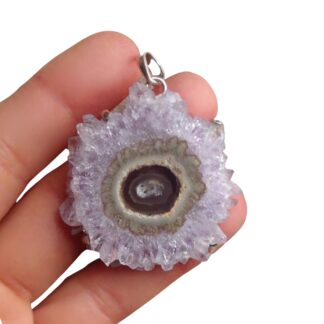